You are here: Home > News > Berlin Calling for isobel Daws 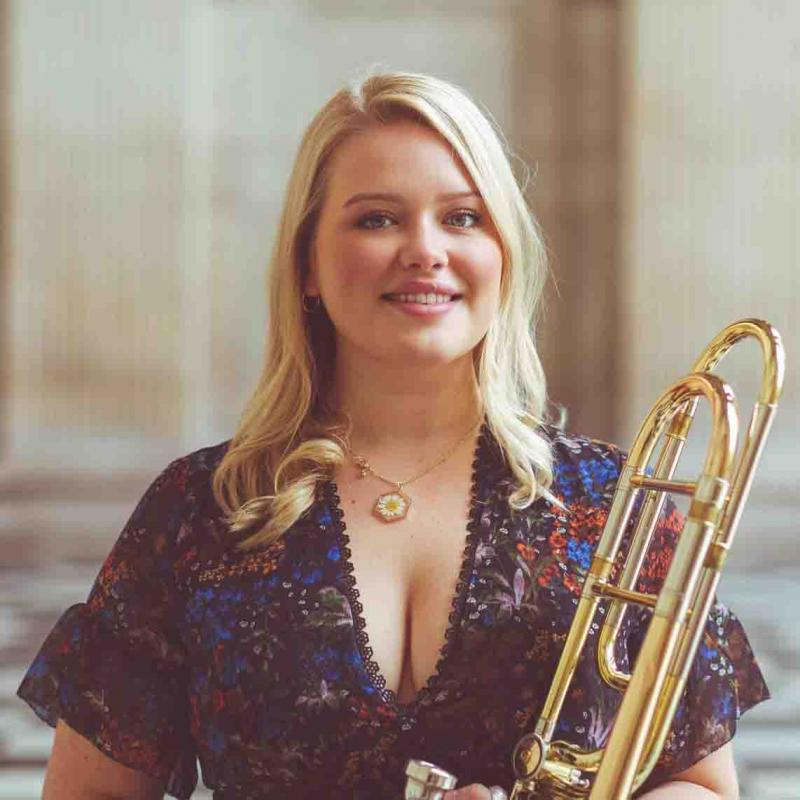 Congratulations from everyone at the BTS to Isobel Daws, who has become the first British trombonist to win a position with the Karajan Academy of the Berlin Philharmonic Orchestra.

Of her success, Isobel said:

"I was one of 21 people selected for audition. We didn’t get any excerpts in advance to prepare, just the first page of David’s Trombone Concertino. There were two [audition] rounds; the first round was just the David. Once everyone had played, they announced that only four people had got through to the second round. I then had two minutes to get my trombone, quickly warm up (as I hadn’t played in 2 hours!) and get the excerpts (they announced the four excerpts that we must play).

I will be studying with Thomas Leyendecker whilst in Berlin and playing in Academist concerts as well as concerts with the Berlin Philharmonic.

I thought I saw myself in London forever, but now I have no clue! It’s very exciting but quite scary not knowing what I’ll be doing in four weeks’ time!"

More information about the programme Isobel will be undertaking with the Karajan Academy can be found here.