The British Trombone Society is proud to announce the release of its first recording, Fanfare, which is now available on CD or for immediate purchase as a digital download in crystal clear, 320Kbps CBR, DRM-free MP3 format. 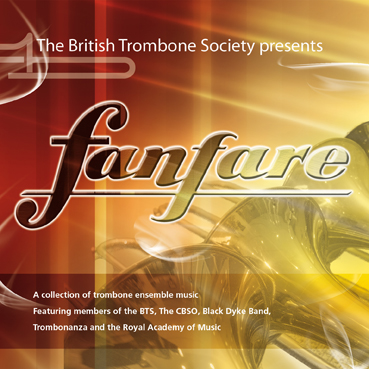 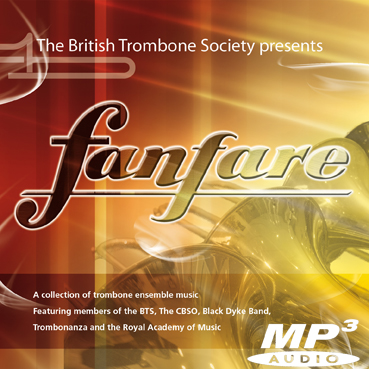 The first recording produced by the British Trombone Society, this disc was created from sessions held on one day in the summer of 2011 at the Birmingham Conservatoire by a group of superb musicians who, in most cases, had never seen the music before.

The recording features solo, trio, quartet, sextet, octet and large ensemble works and draws on the very best trombone talent from brass band and orchestra alike. Trombonists from around the country, including the Black Dyke Band trombone quartet, Trombonanza, and the City of Birmingham Symphony Orchestra trombone section, met up on one day in late July 2011 to record as much music for trombone ensemble as possible. The various works use every size of trombone from alto to contrabass and include items commissioned for this recording and never previously recorded.