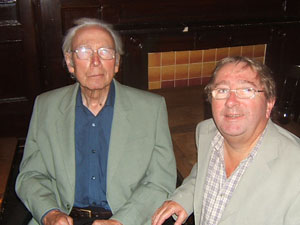 Arthur Wilson passed away peacefully at his home in Muswell Hill, North London on Saturday 10 July 2010. He had been suffering from Parkinson's Disease for several years.

Arthur was professor of trombone at the Royal College of Music, London, teaching up to the age of 72. Many of the leading professional players in the UK and beyond studied under his careful guidance. Arthur was one of the most respected and loved trombonists in the music business. He will be greatly missed.

Arthur's wife, Fiona, is planning a private family cremation in the coming days. There will be a musical celebration of Arthur's life in the next few months. A full obituary will appear in a future edition of The Trombonist.