You are here: Home > News > Competition Considerations from Matt Gee 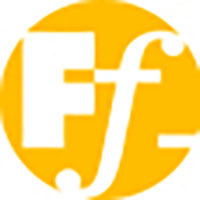 Why no one won the Lieksa International Trombone Competition

Having chaired the panel for the recent International Trombone Competition in Lieksa, I feel it is important to offer some words of explanation regarding the decision not to award the first prize.

Winning a major international competition can be huge boost to a player’s profile, but only one player can win, and for most competitors it is about the journey leading up to and performing in the competition. But are young players practising to be competition proof and in doing so actually missing the essence of what performing is about?

Most of the major International competitions rotate disciplines each year, meaning that every few years there is an opportunity for trombone players to showcase their playing on an international stage. However, over the last few years we have seen an influx of smaller competitions, which commonly take place during a trombone festival – for example, the Lätzsch Festival or Hungarian Bootcamp. With the recent expansion of the XVI Tchaikovsky Competition, the established international competition circuit has been somewhat skewed. Most competitions, therefore, are not going to attract all of the top young players, people are going to pick and choose more on location, repertoire and prize money.

With over forty years of history, Lieksa is one of the more esteemed competitions, and winning it really does mark a player out for the future. This year some fantastic players turned up to compete, but there were some notable absentees. The final three, however, all displayed playing of a very high quality. So why no winner? A little background first. I had assembled a jury whom I really respected musically; I had heard these players create some really special moments, and I felt we all held similar performance values. Before the competition started, I spoke to all the competitors and suggested that they should prioritise making the most beautiful sound possible, and allow the audience to hear the musician behind the instrument.

Looking back over all three rounds there was a sense that performers prioritised a ‘safe’ performance over the communication of strong musical ideas. On many occasions I noted that dynamics could be expanded, and that a composer’s markings were not being adhered to. Imparting your own interpretation onto the music whilst still respecting the composer’s intentions is an incredibly hard thing to do and a huge ask of any young player, but crucial in the development of a strong musical identity. There was a lack of endeavour to display this sort of musical reasoning, and had any player prioritised such an approach many other errors could have been swiftly forgiven.

It was also apparent how few players had practiced performing. I am not a huge fan of wild, gesture-driven performance, but visual communication is an important aspect in the relationship between the performer and their audience. It can be as subtle as the way in which they acknowledge their applause, right through to the actual physical movements which accompany the music, but each aspect must be carefully considered. In my opinion, great musicians draw in an audience by allowing the audience to observe the relationship between them and their instrument: it is an extension of their body as much as it is an extension of the music. This we did not once see. And remember, we were looking for a high level soloist. We were not trying to decide who was the best trombone player in Lieksa this Summer, we were looking for a very fine player who is taking the trombone seriously as a solo instrument.

So if you are preparing for competitions in the future, here are some ideas for you to consider. Firstly, spend as much time practicing away from the instrument as with the instrument. This can be doing something as simple as score reading. By removing the distractions and challenges of the instrument it is much easier to see the music for what it is – start to make musical and stylistic decisions, look at how the solo part interacts with the piano or ensemble, what colours and sounds are you after, the list is endless. Or it could be spending time on YouTube watching how world-class soloists interact with an audience, the bond they create with their instrument and the way they ensure the music remains the focus of everyone's attention. Secondly, we learn through listening. If you are working on a piece by Bozza, listen to as much of his other music, played by as many different artists as possible. Stylistically you need to understand this composer better than all of your competitors, and it is only then that you will be able to develop your own musical ideas whilst still respecting the composer’s intentions.

Music is not about how cleanly someone can play their instrument. It is a communication art form, and we must find ways to clearly express ourselves through our instrument, delivering strong, musical ideas within the stylistic margins of the composer.